“Do you play electric or acoustic?” This age-old question is one that nearly every guitarist is used to hearing—but it’s also something to ask yourself if you’re considering picking up music’s most popular stringed instrument.

What Makes an Acoustic Guitar?

In the music world, the word “acoustic” refers to anything that isn’t electrically amplified. That’s not to say that acoustic guitars don’t deliver sonically, though. The vibration of the guitar strings is amplified by the guitar body, with natural volume and tone coming from different elements of the body’s construction.

Early acoustic guitars relied on just wood and strings to project sound. But as technology and needs changed, so did the world of acoustic guitars. First, players began amplifying their guitars with microphones. Later, electronics were added so that acoustic players could plug into guitar amps and PA systems. Although many acoustics nowadays have built-in pickups for further amplification, they’re still acoustic guitars.

When you picture an acoustic guitar, you may think of genres like folk and bluegrass. The truth is, the acoustic guitar is ubiquitous in music—from rock to country to hip-hop to pop. To hear its versatility, check out this playlist of Taylor artists.

What Makes an Electric Guitar?

As they don’t have a soundhole, electric guitars lack natural volume. They make up for this with pickups. Without getting too technical, a pickup is essentially a set of magnets wound with wire that sits on the body beneath the strings. Each magnet works to convert the vibration of an individual electric guitar string into electricity, and this is output through an amplifier to create sound.

The pickup is the backbone of the electric guitar’s tone. Depending on the materials used and their configuration, pickups can sound vastly different from one another. Popular varieties include single-coils, humbuckers, and P90s, each of which has a distinctly recognizable sound. That sound is then fed into endless combinations of amps and effects pedals for more sonic color.

This variability makes the electric guitar a chameleon in music; just like the acoustic guitar, you’ll find it everywhere. While popular in genres such as metal and rock, the electric guitar is a constant in almost every style—jazz, reggae, pop, indie, and more.

While one of the most significant differences between electric and acoustic guitars is how they amplify sound, it’s certainly not the only one. Let’s take a closer look at each instrument to compare a few important factors.

The most immediate difference between acoustic and electric guitars is in the way they sound. Acoustic guitars are known for unplugged volume and natural sustain (the length of time notes ring out for). Strum a chord, and the wood sings.

Because an acoustic guitar’s body shapes its sound, you’ll find that different models produce a wide range of tones. The shape, size, and wood used in construction all play a part. Some acoustic guitars might sound big and boomy with lots of bass. Others may be quieter, with a crystal-clear high end. Each style of acoustic has a sonic personality for you to explore.

Electric guitars, on the other hand, sound thin when unplugged. You’ll notice that most electric guitars sound more or less the same on their own. Hook them up to an amp, though, and they come to life. While wood type and construction aren’t arbitrary, the sound of the electric guitar comes mainly from the pickups, as well as different amp settings and effects pedals like distortion, reverb, and modulation.

In most cases, an acoustic player will be able to play an electric comfortably (and vice versa). But the overall feel of each guitar differs, and what works for you will come down to personal preference.

First, there’s the weight. The average acoustic weighs 3 to 6 pounds, while many electric guitars weigh in at 6 to 9 pounds. This can make a big difference, especially if you stand while playing. Regardless of which guitar you play, choosing the right guitar strap to distribute the instrument’s weight is a must.

Then, there’s the size and shape of the guitars. While electric guitars are usually only a few inches thick, acoustic guitars tend to be deeper. For the most part, their bodies are a little larger as well. These factors affect the position of your strumming arm, particularly when sitting down. The larger, deeper body of an acoustic guitar places your arm slightly further away from your body. Some acoustic guitars are outfitted with an armrest for maximum comfort while playing.

Lastly, there’s the neck. Acoustic and electric guitar necks can both come with either satin or glossy finishes, though satin is more typically associated with acoustic guitars. A satin finish allows the feel of the wood to shine through, while glossy finishes cover the wood with a smooth, shiny coat.

For electric and acoustic guitars, you can spend as much or as little as you want, depending on what you’re looking for. The biggest discrepancy between the two isn’t in the price of the instrument itself but in the cost of all the extras you’ll need to buy.

Common costs for an acoustic guitar include a strap, a tuner, picks, strings, and a case. Of all of these, the guitar case often comes with the highest price tag. We understand the importance of keeping your guitar safe, which is why every Taylor guitar comes with a case.

With an electric guitar, you’ll need all of the above. But you’ll also want to pick up a guitar amp and cables. You may even want to buy some effects pedals to expand your sound. The typical guitar player may eventually upgrade their pickups and electronics. It goes without saying that all of these accessories can quickly become expensive.

As you can see, there’s more to the cost of a guitar than the initial purchase, but that shouldn’t deter you from purchasing your first guitar. To help get you started on that first step, we’ve put together a list of acoustic guitars to buy based on your budget.

Now that we’ve thoroughly compared electric and acoustic guitars, one question remains: which is right for you? Here are some commonly asked questions from beginners that should help you decide.

Which One Should I Learn On?

The answer to this specific question really depends on two things: the style of music you want to play and the environment in which you’ll be playing.

In terms of style, both acoustic and electric guitars are incredibly versatile. They show up across almost every genre. Even so, certain styles of music may favor one guitar over the other. If you’re a fan of folk, country, bluegrass, or classical, starting on an acoustic guitar may be the best choice. If it’s crunchy rock, metal, or blues that you crave, you might consider buying an electric guitar first. But remember that there are no rules; you can play heavy metal riffs on an acoustic, just like you can gently fingerpick an electric.

There are also practical considerations to keep in mind. For instance, where will your guitar playing take place? Acoustic guitars have the advantage of being incredibly portable since you don’t need an amp—perfect for the college student, globetrotter, or apartment dweller. Electric guitars tend to be harder to lug around with all of the associated gear.

Lastly, there’s the noise factor. Electric guitars can either be practically silent (unplugged or with headphones) or cranked up to 11 (with an amp). Acoustic guitars fall somewhere in the middle here—you can strum them quietly or coax some volume out of them when you need it.

Which is Harder to Play?

A common myth in the industry is that acoustic guitars are harder to play than electrics. There are several reasons guitarists will point to: the neck is wider or thicker; the strings are heavier; the guitar player needs to press down harder for a clear sound.

In reality, a high-quality acoustic instrument like a Taylor guitar will be just as easy to play as an electric—if not easier. Features like low action (the distance between the strings and the fretboard) and a slim neck make fretting notes a breeze, even for a beginner.

Which is the Biggest Investment?

For both varieties, the sky’s the limit. Any guitar can be as big or as little of an investment as you want—from a few hundred dollars to several thousand.

With that said, an electric guitar will usually end up costing more in the long run due to accessory costs. Amplifiers, cabinets, and ever-expanding pedalboards can easily tack on a few thousand dollars to an electric guitar’s price tag.

Ultimately, the choice between the acoustic and electric guitar comes down to personal preference. Only you can tell which guitar complements your interests and lifestyle.

Play them both before you decide. See which one speaks to you. Pay attention to how it feels in your hands. And if you’re leaning towards an acoustic guitar, make it a Taylor. You’ll be glad you did. 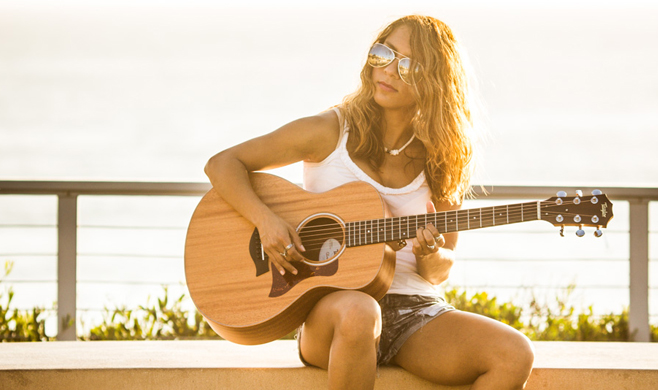 How to Take Care of Your Acoustic Guitar During the Summer

Jun 07, 2019
By: Jim Kirlin
Summer is upon us, and for many guitarists, that means breaking out the acoustic and… Continue Reading

5 Tips For Traveling With Your Taylor 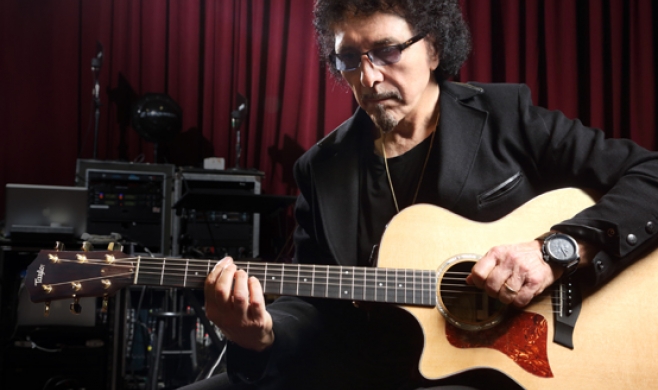