January 11, 2021 was a momentous day for Taylor Guitars and its employees, as co-founders Bob Taylor and Kurt Listug announced that they had officially transferred ownership of the company to Taylor employees through the establishment of an Employee Stock Ownership Plan (ESOP). The company is now officially 100 percent employee owned.

Unable to present the news in a live, all-company gathering as originally planned due to COVID-19, Bob and Kurt made the announcement in a pre-recorded video message shared with employees on the morning of January 11. After sharing the news that they had signed the paperwork to make the ownership transition official in late December, Bob and Kurt were joined by master guitar designer Andy Powers, who became a third ownership partner in the fall of 2019. The three explained their thinking behind the decision and how it will continue to stoke the company’s creative drive and position it for sustainable success well into the future.

“It’s a huge day in the history of Taylor Guitars,” Bob told employees. “A day that Kurt and I have been thinking about and planning for a long time.”

“We could not have grown to what we are today without every one of you,” Kurt added.

Kurt explained that every successful company faces the challenge of looking beyond its founders.

“Who will be the best people to guide it forward into the future?” he said. “Who will keep our company true to our values and maintain the culture we love? While Bob and I still have many good years left to dedicate to the company, we wanted to make sure we put the company in the best possible position for future success, to give it the best chance to be around for the next 100 or maybe even 200 years.”

Bob and Kurt also acknowledged the extraordinary impact Andy Powers has had at Taylor since joining the company 10 years ago, not only as a brilliant next-generation guitar designer, but as an inspiring leader who has come to deeply understand the many facets of Taylor’s business operations and how they relate to the company’s core values.

“My commitment is to spend my working lifetime doing this amazing guitar thing that we love so much,” Andy told employees. “What we do and who we are is unique among the entire history of the instrument world. We have something special here, and together we have an opportunity to keep moving that forward for everyone’s benefit—including musicians around the world.”

Bob, Kurt and Andy wrapped up their remarks by congratulating employees on becoming owners and celebrating their new stake in Taylor’s future.

“We are thrilled that we get to share this with you all, and that we get to continue to work together just like we’ve been doing,” Bob said. “I know you will have a new sense of purpose here because ownership is a wonderful thing.”

Taylor’s new ownership structure will support the continuity of Taylor’s established leadership, enable the company to remain independent, and preserve its creative culture for many years to come. This is also great news for the broader community of guitar players, including future generations of musicians, because it reaffirms the company’s commitment to enhancing the guitar-playing experience.

It all lives up to the adage around the Taylor campus that “the best guitar we make is the one we make tomorrow.” 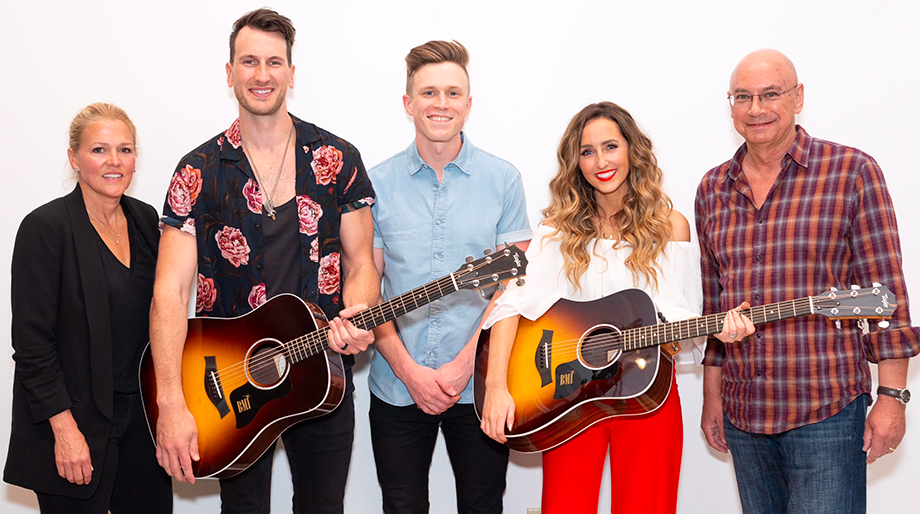 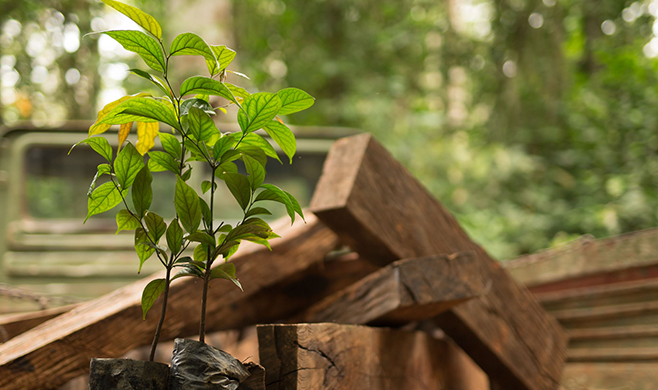 May 07, 2018
By: TaylorGuitarsNews
Taylor’s Multi-part Digital Experience Chronicles its Work in Cameroon to Create a More Sustainable Model… Continue Reading