Taylor’s Director of Natural Resource Sustainability, Scott Paul, reports on the recent amendment to rosewood’s CITES listing, what it means for musical instrument makers and owners, and the new normal of instrument manufacturing looking ahead.

On August 28, 2019, in Geneva, Switzerland, the Conference of the Parties (CoP) to the International Convention on International Trade in Endangered Species (CITES) voted to exempt finished musical instruments, parts and accessories made with rosewood from requiring CITES permits. The vote, taken during a two-week CITES conference (CoP18), amended the original CITES listing made in 2016, which had mandated permits for commercial trade of Dalbergia rosewood products in any shape or form. The new exemption will take effect 90 days following the August vote — November 26, 2019. The exemption does not pertain to Brazilian rosewood (Dalbergia nigra), which was listed separately in 1992 on the much stricter CITES Appendix I.

CITES is a multilateral treaty designed to protect endangered plant and animal species by subjecting their international trade to certain controls. Participation is voluntary, and countries that are signatories to the Convention are known as Parties. Currently, there are 183 Parties, and the body has met faithfully more or less every three years since 1976. It’s a good thing. In fact, a very good thing.

Prior to this recent meeting in Geneva, the CoP had last met in 2016 in Johannesburg, South Africa and, as many musicians know, approved a rather dramatic proposal subjecting the entire Dalbergia (rosewood) genus, excepting Brazilian rosewood, along with several Guibourtia (bubinga) species, to CITES Appendix II. The decision to act was justified. However, the manner in which it did so was another matter altogether.

To be clear, the fate of many rosewood species around the world is indeed dire. As chronicled in Taylor’s owners magazine, Wood&Steel (Winter 2018 and Winter 2019), many rosewood species are being seriously over-exploited, often illegally. The primary culprit is the seemingly insatiable appetite for rosewood furniture, principally a style called hongmu, produced largely for China’s emerging middle class. The word “hongmu” means “red wood” in Chinese, and the term refers to a range of red-colored tropical hardwoods used to produce a certain style of furniture. Escalating demand for this furniture has resulted in a global run on many red-colored rosewoods, decimating several rosewood species in Asia and thus sending would-be traders into tropical Africa and the Americas in search of similar-looking species. It’s definitely a problem. However, it should be noted that in the lead-up to the original 2016 Johannesburg rosewood listing, the focus was almost exclusively on this market, and at that time no one was thinking about musical instruments.

Regardless, in the grand scheme of things, the decision to act was appropriate, but the manner in which CITES did so had profound unintended consequences on a very unexpected target — the manufacturers and owners of musical instruments — and indeed on the Convention itself. In short, the new listing generated the need for tens of thousands of new permits for musical instruments, both new and old, which quickly overwhelmed many national government Management Authorities who are responsible for reviewing and issuing all manner of CITES permits.

To give one example, prior to the listing, the U.S. Fish & Wildlife Service processed on average roughly 20,000 CITES permits per year for plants or animals, alive or dead, in parts or extracts covered by the Convention. Two years after the 2016 rosewood CITES listing, that permit number spiked to over 60,000. And the vast majority of new permit requests were for musical instruments, mostly guitars, but also other instruments used by touring orchestras. And trust me, the good people at U.S. Fish & Wildlife did not receive increased budget or staffing. It was a similar story for many other CITES Management Authorities around the world, and as the permit requests piled up, frustration mounted. All this fuss for an industry that was never considered part of the problem when the listing was originally made, and that I estimate uses less than one one-tenth of one percent of the global rosewood trade.

To be fair, it was not so much the listing of the Dalbergia genus itself on Appendix II that caused the trouble, but rather the listing’s accompanying annotation. Let me provide context. Any species listed is placed on one of three Appendices, according to the degree of protection they need. The majority of listed plant species are also assigned a governing “Annotation” that defines when and in what forms trade in the listed species requires CITES documentation. The rosewood Annotation created in Johannesburg was hastily drafted with insufficient consultation. In contradiction to CITES’ own guiding principles, which states that Annotations should address impacts on species that first appear in international trade and on those that dominate trade and demand for the wild resource, the new Annotation covered the entire genus in any form, new or used from now to eternity. Regardless, in 2016 it passed.

So, for the last three years a small ensemble of music industry interests, including representatives of instrument manufacturers, associations, and touring orchestras, attended CITES meetings, met with various governments, and participated in countless conference calls.  Finally, after three years, the CITES Conference of the Parties formally reconvened in Geneva and revised the rosewood annotation to exempt musical instruments, parts and accessories, and also sought to accommodate handicrafts, both shipped and as personal effects, which were also impacted unintentionally.

I wish I could tell you that’s the end of the story, but it’s really just the beginning. The CITES Secretariat is mandated to undertake a study to assess the impact of the musical instruments, parts and accessories exemption, as well as the language designed to exempt handicrafts. Of course, the musical instrument community, as represented at CITES meetings, welcomes any such review, but, personally, I hope that CITES spends at least as much time attempting to understand the Annotation’s impact on, for example, the Asian furniture trade that appears to have started all the trouble in the first place. This said, instrument manufacturers are held to a high standard, and rightfully so. I get that. Further, in the years to come, CITES will continue to discuss additional tree species, and it is only logical that some of these will be species used by musical instrument manufacturers. It doesn’t matter what percent of the trade we use. It’s the new normal. And that’s OK. It only matters that the sector is transparent, acts responsibly, and is a partner in forest conservation and restoration moving forward. The music community, as represented at CITES meetings, fully supports CITES and looks forward to working closely with the Convention in the years to come.

Photos by IISD/ENB | Kiara Worth 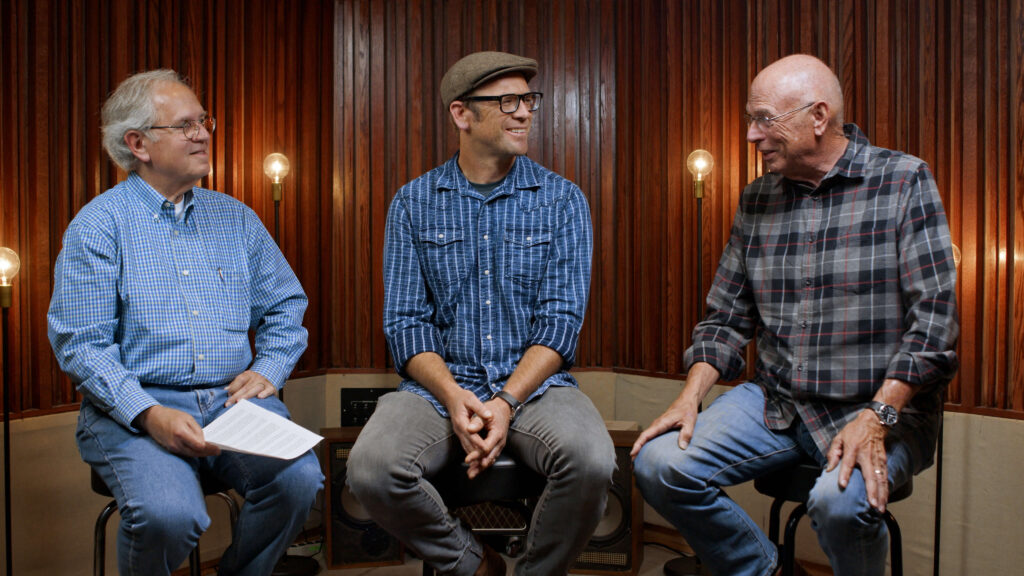 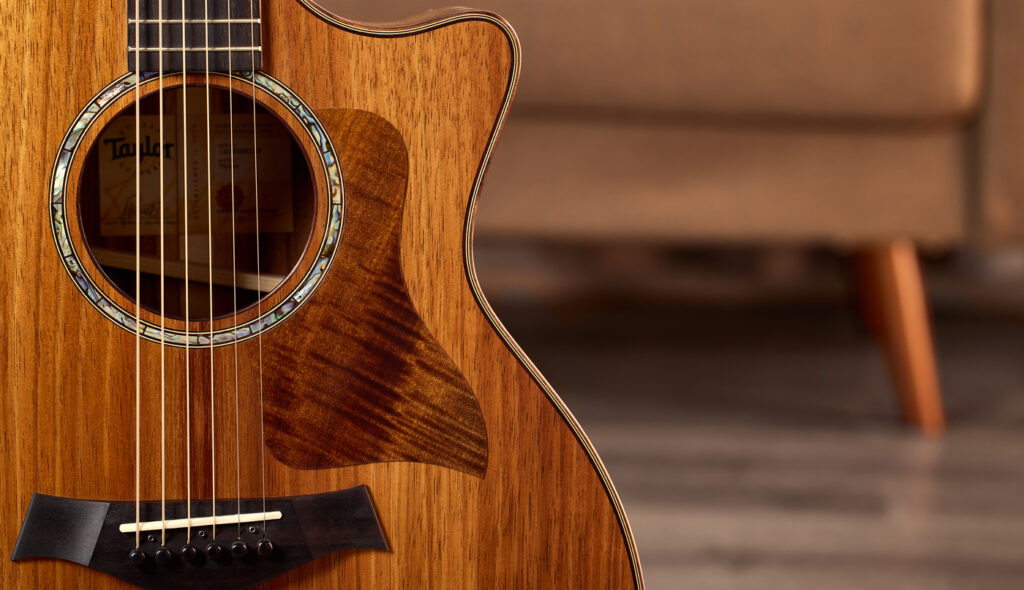 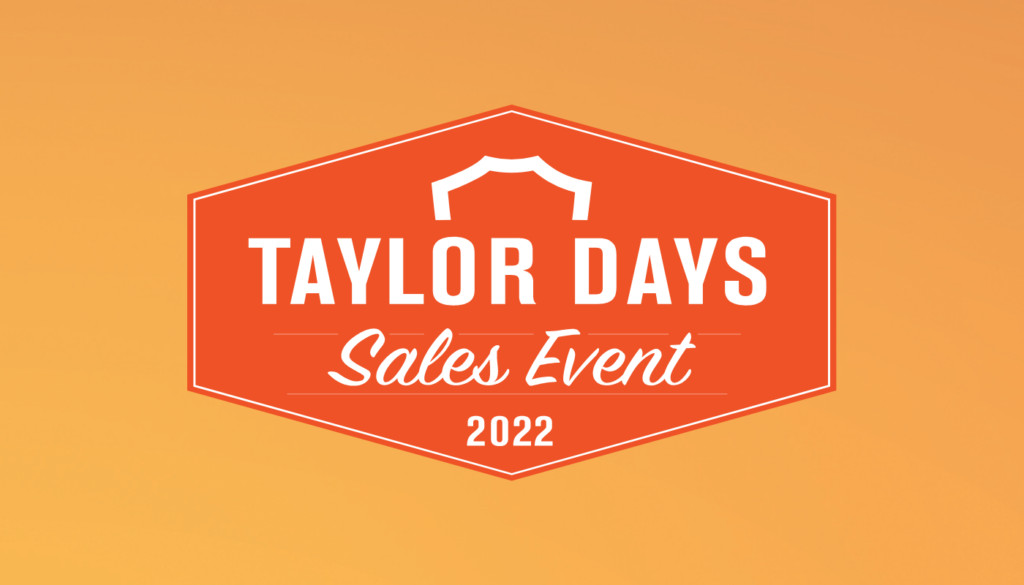 May 24, 2022
By: Taylor Guitars
UPDATE: The Taylor Days Sale Event has been extended through July 31, 2022! Take advantage… Continue Reading